The House is Cuckoo Again

Yep!  The house is cuckoo once again.  About forty years ago my sister stayed with us for a few months while she was relocating.  She felt so badly about being a long term guest so she would buy us a little gifts as a thank you.  One of the gifts that she bought was a cuckoo clock for the children.  They, of course, loved it.  Over the years it cuckoo-ed itself to death and sat quietly on the wall. With no birdie coming out to announce the time we eventually just got used to the silence and it eventually stopped altogether.  That was about seven years ago.  Recently I found a specialist who repairs cuckoo clocks and I took ours to the shop.  A month later it is now returned and working like a charm.  The grandchildren LOVE the cuckoo bird and it is so much fun to hear it again. 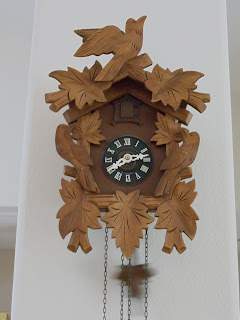 It's a tough day to think that anything I could write in a blog could be important with the devastation that we have seen in Japan.  I know that our thoughts and prayers are with that country today as they deal with what has happened and what is yet to come for them.  It hits home especially hard for those of us living in "earthquake country" and makes one wonder when our next big one will hit.

With our latest houseguest gone, I have had a chance to spend a little more time in the sewing studio this week playing "catch up" on my blocks.

Block #20, the final block is now out for the Thread Head Quiltalong.  I am so excited to get it finished and assemble the top.  Mine will be queen sized when finished so there will be eighty one blocks total.

﻿
I have added the third row to my Raggedy Ann and Andy quilt along and am working on the final three block's embroidery work.  I love how this one is turning out. 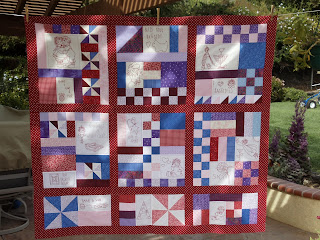 The foundation for the Be Mine Cathedral Window pillow with Melissa is finished and I need to add my squares this week.  I think I am going to do it in greens. 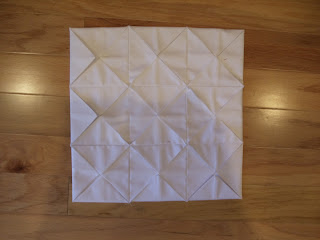 We've had a birthday as well this week.  I had to make an E.T. cake for the birthday boy and I can't believe that I forgot to take a picture of it before we ate it.    It was a hit and tasted delicious anyway!!! 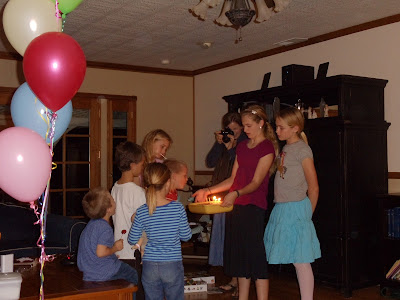 Does it seem to anyone else that things tend to fall apart in groups?  This week was the week for repairmen.  The cable guy was here to repair the wireless router problems, the door man was here to figure out why a door wouldn't lock and yesterday the appliance guys were here to repair the stove fan, the clicking on the BBQ and a broken bolt on the refrigerator.  Now....no more repairs for awhile....please.

Spring is definitely in the air, but we have been assessing the damage from the freeze that we had about two weeks ago.  Our bouganvilla, hibiscus and several of our bigger plumerias really got hit hard.  The region's strawberries also took a hit.  It was such a strange time for us to have such cold weather.  If the tortoises are correct, we are in for prolonged warmer weather as they have emerged from hibernation this week.  Yeah!
Posted by Needled Mom at 3:48 PM