It's a new year and, hopefully, it will be a new chance to revive my poor, neglected blog.  The last few years have just seemed to be a constant drag and inspiration to post has disappeared.  To remedy that, I am joining a couple of groups that will help keep me accountable to posting more frequently.

Since my last post was about five months ago, I am just going to hit some of the highlights and show a few of my finished projects.  In August we took a cross country road trip with our daughter's family, including six children.  We toured lots of state parks and spent a few days on my cousin's farm in Iowa.  Everyone had a blast. 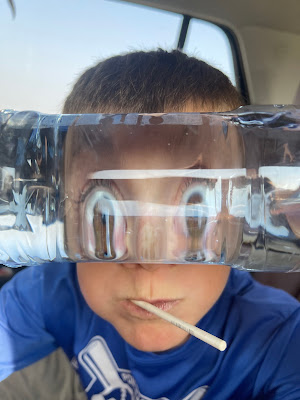 Who knew a water bottle could provide such entertainment?

Then DH and I took a lifetime dream trip in the fall to see the colors on the East coast.  Our weather was amazing and we so enjoyed seeing all the brilliant colors.  We don't see much color here in Southern California.

I've managed to sew a Christmas quilt - a nod to my husband's heritage.  The pattern is Fair Isle, a design from Freshly Pieced Quilts. 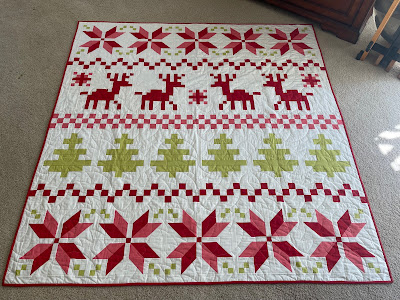 My leader-ender project became a quilt that quickly got claimed by a granddaughter. 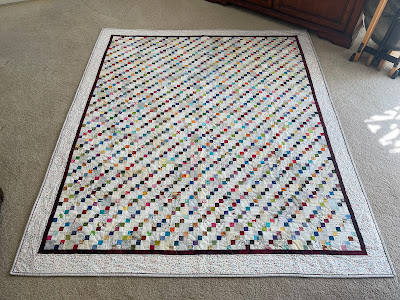 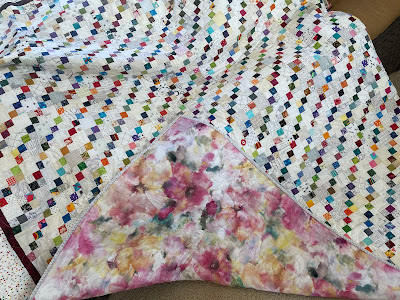 Using a cute sewing themed cat fabric, I made a quick quilt for a friend who loved this fabric.  The quilting was paw prints. 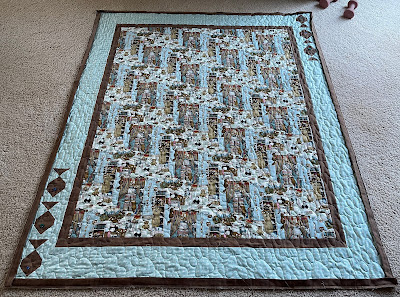 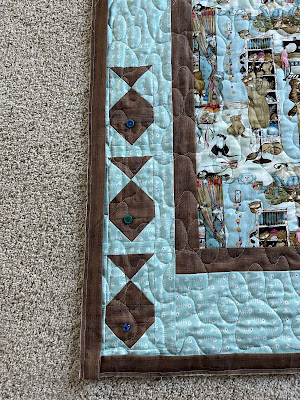 I participated in the 24 Days of Sashiko and so enjoyed the stitching each day.  In the end, I put all of my samples into a table topper to use as a reference in the future. 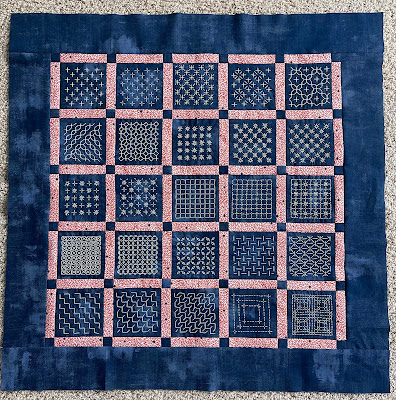 The garden continued to give us enjoyment well into the end of the year.  I grew ginger for the first time and it won't be the last.  I have two more pots currently planted. 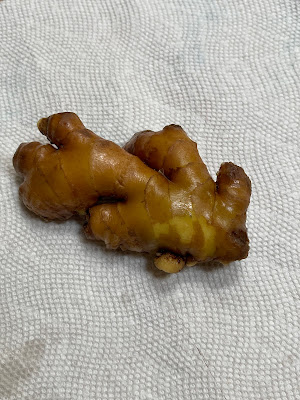 The tomatoes were incredible.  This was our final harvest - in December!!!! 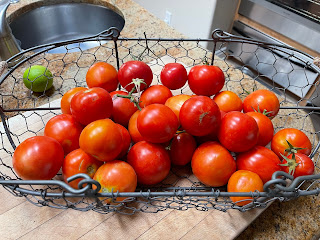 I finished pruning the roses over the weekend.  These managed to survive the pruning as my last roses of the year. 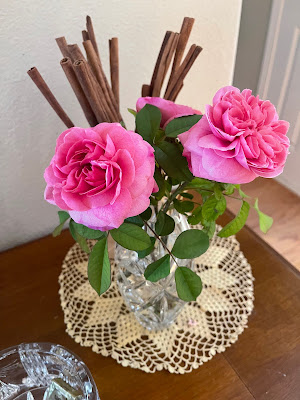 The granddaughters wanted to get into cross stitch this year so we had some enjoyable stitching together.  Using Vonna Pfeiffer's You Tube videos, I finished my small cross stitch off as flatfold piece with handmade braiding.  The technique is a great alternative to framing. 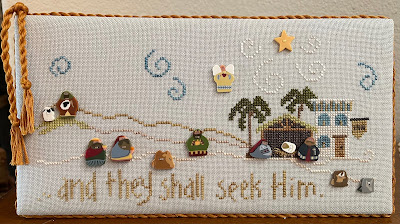 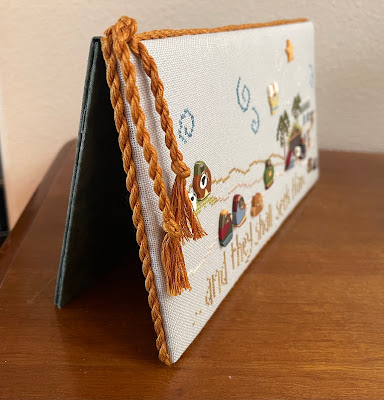 The end of the year was difficult.  I underwent hip replacement surgery at the end of November and followed that with a fractured femur a week later.  That put a halt to sewing for the rest of the year.

As it is with large families, there are the ups and downs of life.  Sadly, my mother passed away at the beginning of December, just shy of her 99th birthday.  She was an amazing woman and was an inspiration for all of us.  Living her last twenty seven years as a paraplegic was not easy, but she did it with such grace and joy.  She will be missed by all.  We then added a new great grandson to finish the year out.

As 2022 rolled in, I was once again able to use the sewing machine.  The one quilt I was hoping to finish last year became the first that I worked on this year.  The last round of trees and houses needed to be made and attached.  The pattern is Santa's Village by Thimble Creek Quilts.  Although there were some issues with the pattern, help from a blog post written by Elizabeth helped me through them.  I love the whimsy of the design. 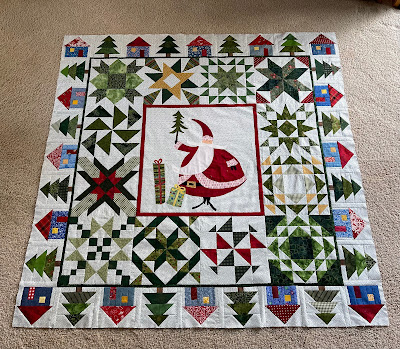 Somehow, I ended up with four extra trees.  I'll use those in the backing. 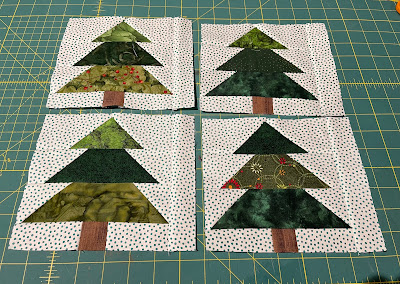 In order to keep me current with blogging, I have pledged to keep track of the number of blocks I make this year.  The goal is one a day which means 31 blocks for January.  My Santa quilt needed 32 blocks for the outer border, but with four extras, I am counting it as 36 blocks so far this month. 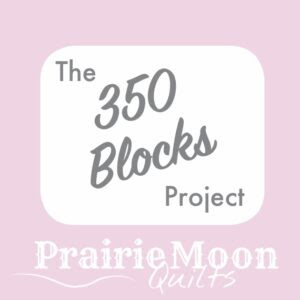 Just to show that this year is off to a new and wonderful start, we were blessed with a new grandbaby this week.  Joy Elizabeth joined her brothers and sisters, breaking the three/three tie.  We are all smitten.  It's going to be a GREAT year. 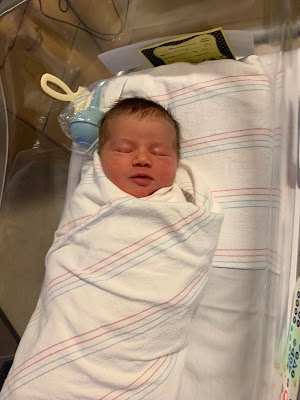