The Week That Was

Waking up last Monday morning was perfectly normal and gave us no hint of what was to become of the week ahead.  By the end of the week, we would be through more than we could have imagined.

Our community has suffered greatly.  A city that has consistently been voted in the top safest cities in the country saw the latest mass killing.  So many families have been affected.  One of the young men happened to be the son of one of the gals in my husband's office.

Before we even had a chance to grieve that horrific news, the fires broke out and sent people fleeing their homes.  The first of the fires broke out on the road between our home and my mother's.  The winds were pushing it towards her home.  My sister and I both rushed to her place, expecting evacuation was quickly coming.  With firefighters in her back yard, we watched the flames quickly approach.  Thanks to a grove of avocado trees behind her fence, the forward advance of the fire stopped just shy of her home. 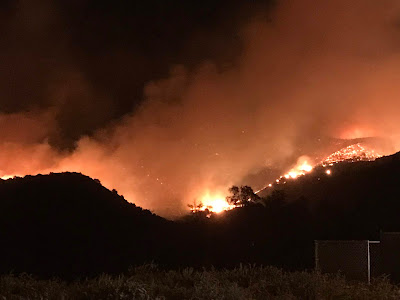 When I returned home the next morning a second fire was approaching our home from the other direction.  The winds were so erratic and switched directions, sending it to the beach before it reached us.  So many have lost their homes and some even lost their lives. 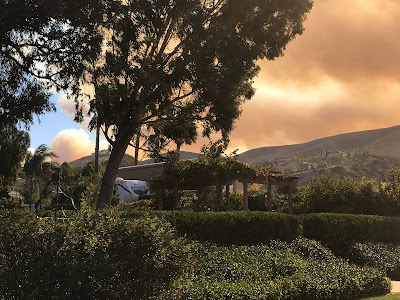 Due to the fire, a cable tower was lost and we were left living in a different era - no phones, no internet and no television!  We finally had everything restored last night.  Whew.  Those domino games were getting pretty heated.

On the positive side, we had a new baby arrive in the middle of all the chaos.  Oldest grandson and his wife had a darling little girl. 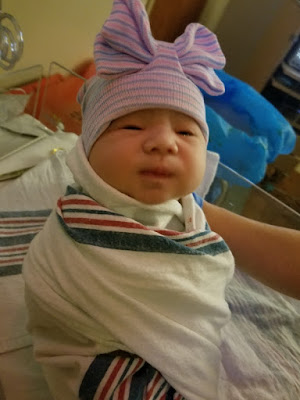 With so many roads closed as well as many shops under evacuation orders, I was able to spend some time in my quiet space.

The Quiltville Mystery fabric selection is out.  I don't want to use orange again this year so this is my fabric pull for this quilt. 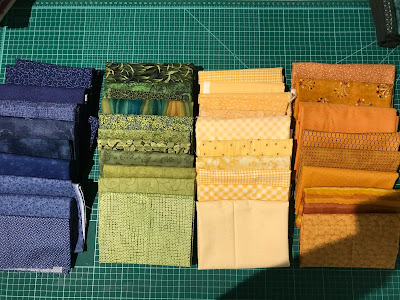 My Gridster Bee blocks for Allison (IG quiltstudio62) were so much fun to make.  I'm looking forward to seeing this one finished. 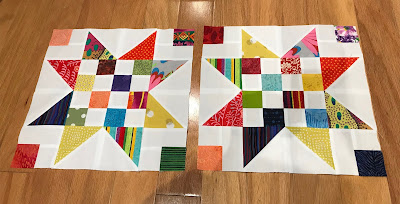 I promised a picture of the Rapunzel costume that my granddaughter and I made together.  She looked gorgeous in it. 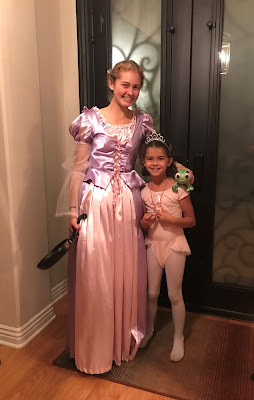 I'm hoping for a quieter week this week.  I am looking forward to catching up on blogs and IG too.