Many, many moons ago we had a coffee table.  We were newlyweds and had moved to Pensacola, FL for my husband's flight training.  We owned two bar stools, a dresser and a bed.  That was it.  We purchased a hatch cover that came from an old Liberty ship.  We found a welder who made us two legs and created our "table".

That table traveled to all of our future military stations with us and eventually became the center of our homes.  The children grew and the table saw many little cars and trucks raced on it, building blocks were stacked on it, forts were made by covering it and it eventually became doll ballroom floors and other imaginary items.

Eventually the kids headed off to college and we relocated.  The hatch cover became a coffee table in a college apartment and made more memories.  In the end, it ended up stored in the garage awaiting a much needed makeover.

Last week was my husband's birthday and our son refinished it for the occasion.  It's like having an old friend back in your life.  We're ready for more memories to be made on it. 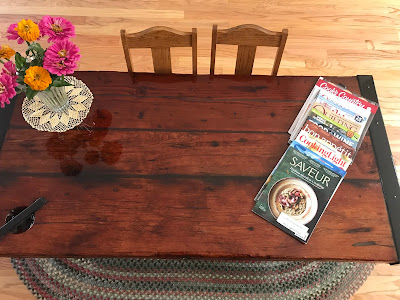 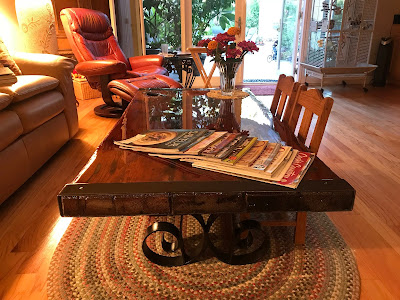 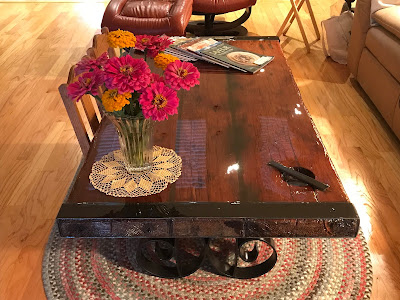 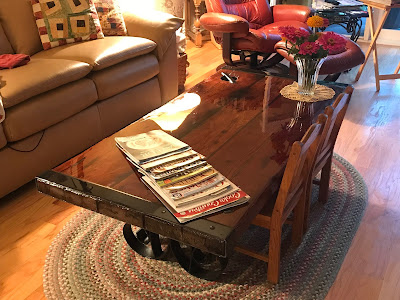 I remember the little holes in the handles always held small treasures.  Things have not changed with a new set of young ones around. 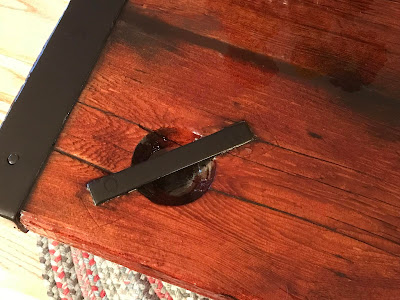 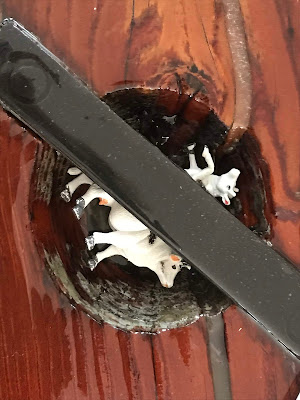 I tried to locate some old photos of it, but WHY would I have taken pictures of a table before I started blogging?  The photos I do have of it are faded and it is generally covered with gift wrap from Christmas, games or toys.

The winner of my Words to Live By giveaway goes to RNG Sharon.  I've sent you an e-mail, Sharon.  If I do not receive a response in a week, I will draw a new winner.
Posted by Needled Mom at 11:00 AM