Gosh...here it is - almost mid September.  Fall décor is everywhere.  It won't be long before Christmas decorations start appearing.

I had a dear friend come up for a much too short visit, but she brought some treasured quilts along with her to share.  One that particularly grabbed my attention was a stunning yo yo quilt.  It was made by her Aunt Tillie.  I think that the yellow background drew me to it instantly.  It was BIG and so heavy.  It was also in fabulous condition. 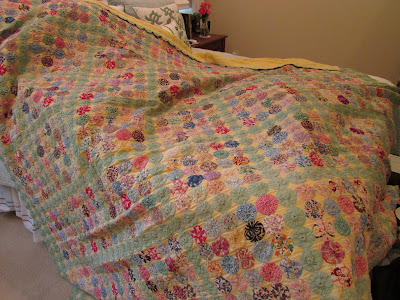 Look at the great fabrics that were used .... if they could only talk..... and the wonderful arrangement of the yo yos.  Oh...those tiny stitches.  I wonder how long it took her to make it. 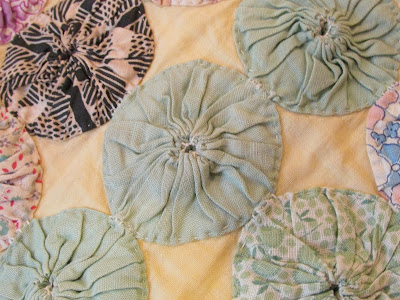 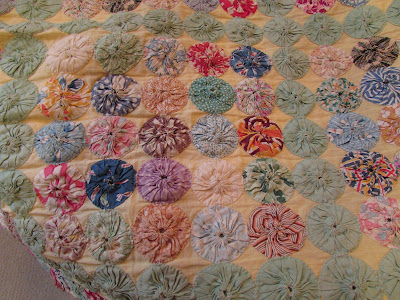 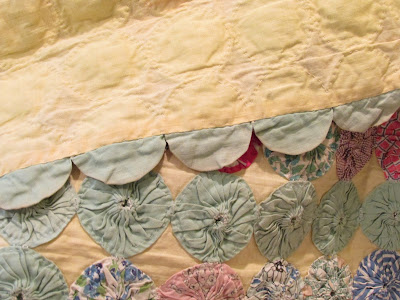 Leisa (no blog), our Gridster Bee recipient for October, sent us some African fabrics that her parents had collected for her.   We were to make the African Queen blocks by Anne Batiste using the fabrics.  The fabrics really called to be used with fussy cutting and these are my blocks for her. 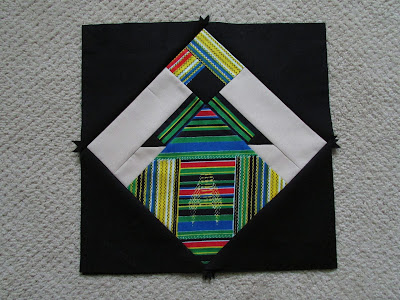 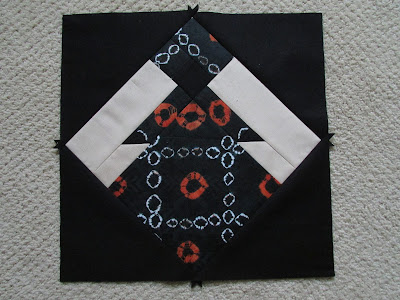 Our September started off super hot, but has mellowed out a bit as seen in my Temperature Quilt.  We had two days about 105* so I actually had to find a new color for it. 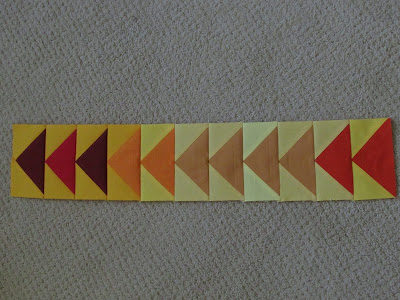 I'm also continuing to finish off the Confetti Star blocks from my Gridster Bee choice.  I needed a few more blocks to bring it to the size that I want it.   I am looking forward to having this quilt finished as I love the blocks that I received. 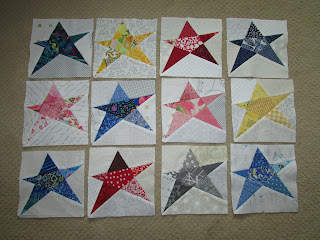 These cooler days will slow down the wonderful summer garden that we have enjoyed.  Our son is growing some of the giant pumpkins this year in his garden and they are HUGE.  I have no idea how he is going to move them from the location where they are growing, but it should be interesting. 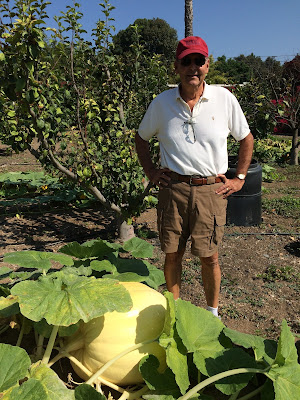 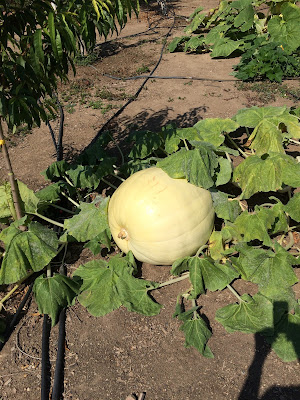 The late laid eggs of the tortoises are now hatching.  I forget how quickly they grow, but seeing the new one next to August's hatchlings really makes me realize how fast they grow. 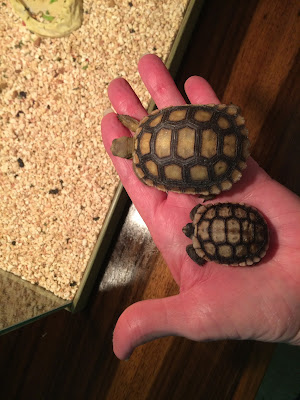 We had an exciting weekend as a guest of Stanislaus Foods in California's Central Valley and were able to tour their tomato processing plant and their Corto Olive Oil Co.  It was fun to follow the tomatoes from field to canned in under five hours.  The olive oil production will start in October.  The tours were just fascinating.  I would have loved to share some photos, but no photographing was allowed.  I am always amazed at the machinery that is created for each job along the line.  Machines play such a huge role in our lives and I am in awe of the people who develop machines to do the various tasks.

We have another busy weekend coming up as we are keeping five grandchildren and one dog while their parents are away. There won't be much computer time.  ;-)
Posted by Needled Mom at 2:31 PM