How's that for a title?  It beats writing out Pumpkin, Pipping Post.  Does anyone else struggle with post titles?

Starting next week we will be watching grandchildren for a couple of weeks - first one set and then another so I won't be getting any much computer time.

Taking that into consideration, I wanted to finish my Minis and More project for August while I had some time to sew.  The pattern this month is Mini Pumpkins by Allison Harris at Cluck Cluck Sew.  I have always enjoyed the monthly project brought to us by Michele and Sherri.  Although I can't participate each month, they have a great Mini Parade on the first of each month. 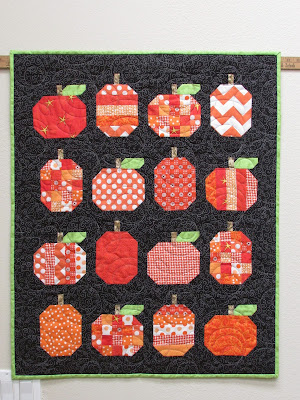 The last P is for the pipping that we've had going on here this week - our baby tortoises.  They have a little pipping tooth that cracks the shell.  They will spend the next two-three days absorbing their yolk before fully emerging and walking away from their shells. 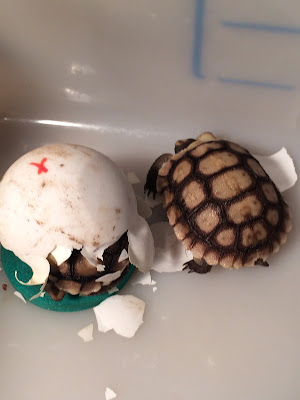 Pipping started on August 1st and six of the seven babies were participating within 4 days.  The last one has been stubborn and finally pipped last evening.    This one has decided to do things a bit backwards as he is approaching life with an arm out - waiting for some sort of handout, I'm sure. 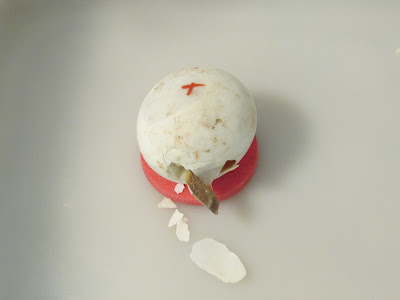 Once their yolks are pretty much dried out, I transfer them to a larger container and start feeding them. 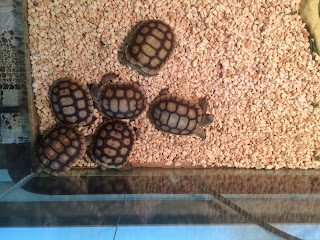 We once had a tortoise that pipped and hatched out immediately.  Unfortunately, the yolk was so large that it looked like it was balanced on a ball with no feet touching the ground.  He had to stay like that until enough of the yolk was absorbed so he could finally reach the ground. 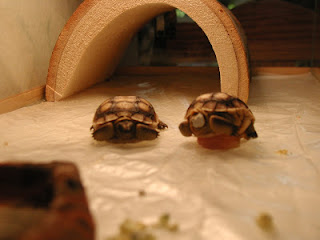 I've been sewing in bit and spurts this week.  Do you know how it is when you can only squeeze in 10-15 minutes of stitching?  What do you work on during that time?  I know I hate to get involved in something that is going to take more time than I have.  I decided to sew some of my selvage pieces into blocks.  My box of them was overflowing and I can say that after 35 blocks - it is still overflowing.  I think I fluffed them up too much!!  I do love how they are looking and am eager to make more.  As Stephanie at (IG)sadunphy said....they are like potato chips.  So true! 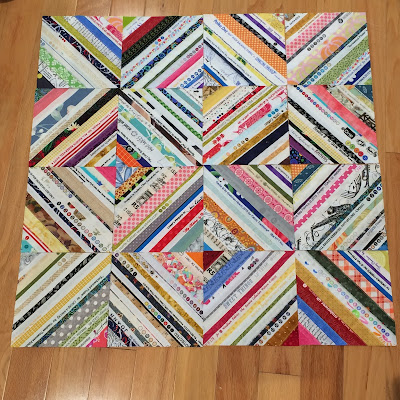 Meanwhile.....in the garden the plumerias are all blooming now and they smell heavenly.  I love the shape of these two. 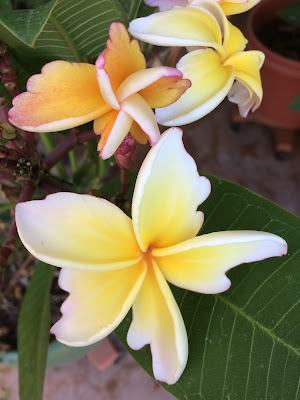 There was something very strange going on with one of my strawberries.  I know they say that they are covered with seeds, but this was taking that idea to a whole new level.  I was waiting to see what would happen to it, but a rabbit decided it was much too good to leave on the bush. 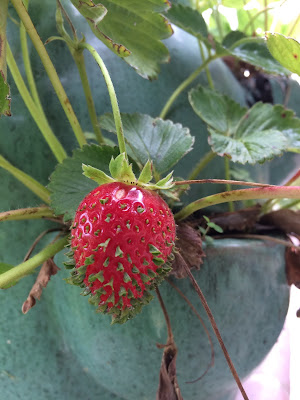 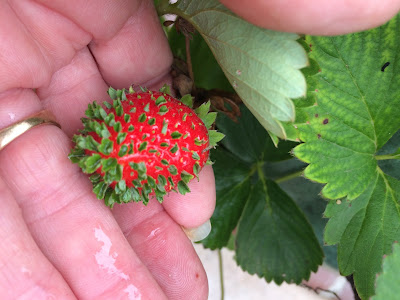 I'll be back in a few weeks.