It has been another fun week of birthday celebrations in our family.  We had three birthdays on Tuesday alone!   Another one is tomorrow.  Of course that means I have an excuse for sewing - matching outfits. 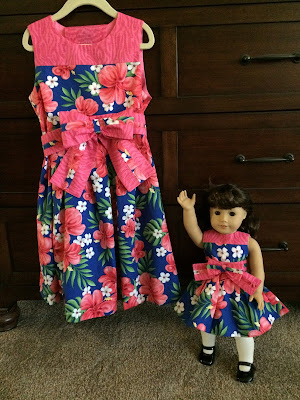 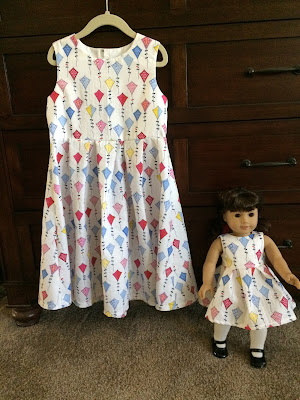 We made a quick road trip over the weekend.  We were able to experience the tremendous heat that has been stalled over the West.  This was a photo of the start of the brush fire near Brian Head, Utah.  At the time it was 112*.  I cannot imagine those firefighters working in those conditions - even without the additional heat from the fire. 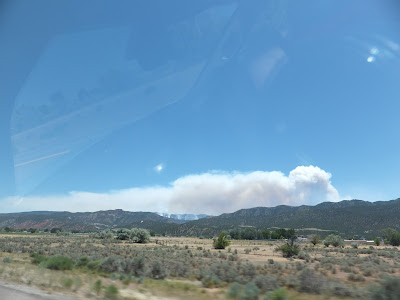 It was so nice to see such full lakes and streams throughout Utah and Wyoming.  It has been too many years without such sights.

We arrived home on Monday just in time to bond a bit with this cutie in the emergency room for stitches.  (His mom and dad were out of town.)  The tape on his nose was from his wristband used to cover up his freckles that everyone thought were so cute! 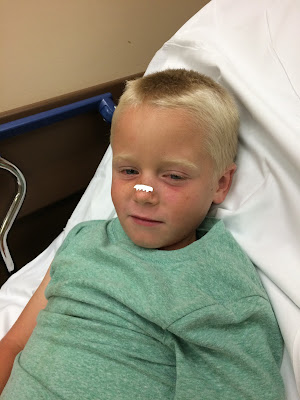 Tuesday was jam day.  We have an annual tradition of making jam and bread during the summer months.  The girls have grown up from our first jamming adventures and now they do most of it themselves, but it's fabulous that they still want to keep up the tradition. 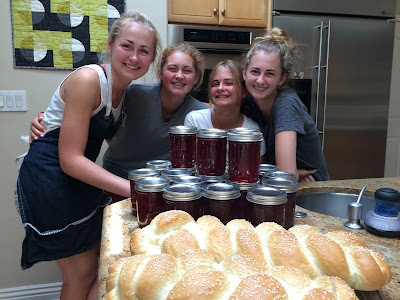 Tuesday night was a birthday party and we enjoyed watching the older children giving rides to the little ones.  I had a dear friend stay with us for a few days and she joined us for the party.  It was fun to have her meet so many of the grandchildren as she and I were neighbors when we were raising our own young families.  There were lots of memories to share. 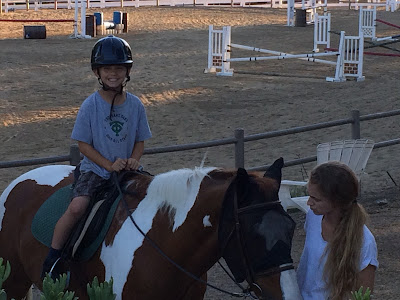 I am the Queen Bee this month in our Gridster Bee.  My block choice is the Confetti Star.  It has been such fun to have the blocks arrive in the mail.  What's not to love about colorful stars?  I think it will make a great quilt. 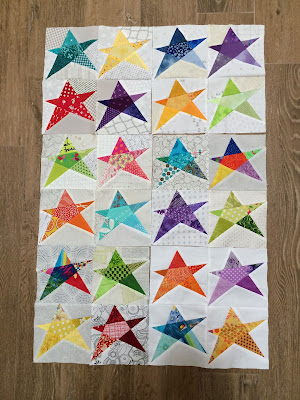 Although my temperature quilt will be rather boring this month with our June Gloom weather pattern, I get to add another turtle to June 26th.  Our momma tortoise laid a second batch of eggs that day.  These won't hatch until the end of September - a late hatching.  The others should start hatching around the middle of August. 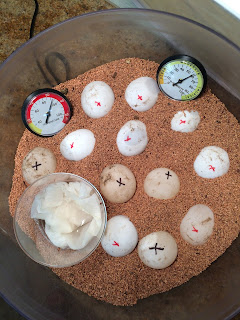 I can't believe that we are ready to put June behind us already.  The summer will be gone before we know it at this rate.  I won't be posting again before the 4th of July as we will have houseguests and a big celebration.  I wish all of those in the U.S. a safe and wonderful Independence Day.